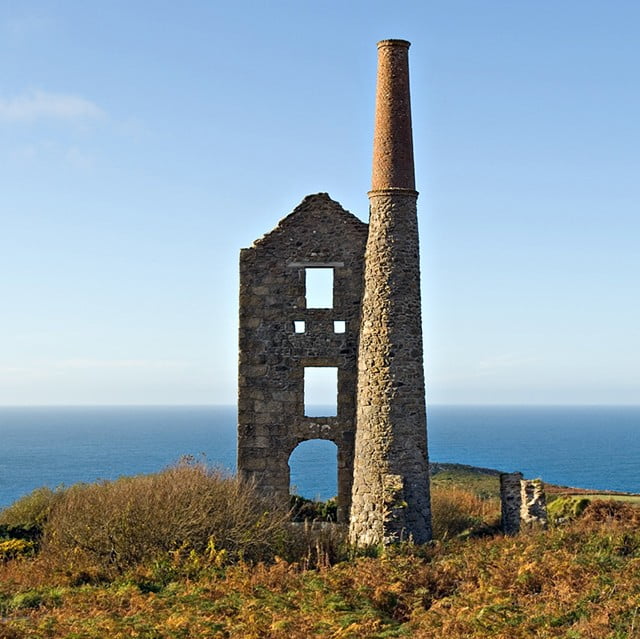 Carn Galver Mine consists of 2 engine houses  with the remains of some streamworks in the Porthmoina Valley.

The pair of engine houses mark the start of one of the most concentrated area of mines in Cornwall!

Carn Galver Mine was formerly part of the Morvah and Zennor United Mine. The westernmost engine house still has its chimney and used to house a 40-inch pumping engine. A short distance to the east, close to the former count house stands the, slightly better preserved, winding engine house.

The Count House has been converted into Bosigran Climbing Club and houses equipment used by climbers scaling the near vertical walls of Bosigran Castle nearby.

Also on the cliff edge lies the quite well preserved remains of a tin mill, with a slot visible for a waterwheel at its western end.

Carn Galver Mine lies alongside the B3306 coast road in north Penwith, situated roughly midway between Zennor and St. Just.