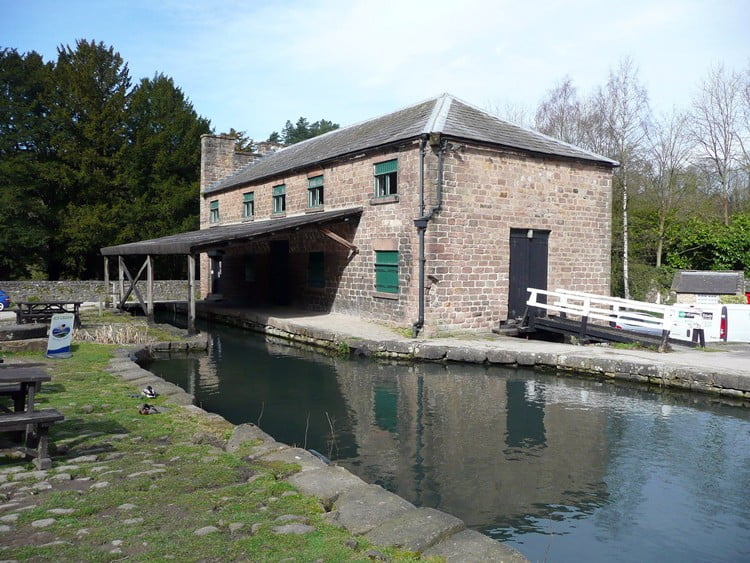 Cromford Wharf is the terminus of the Cromford Canal.

The canal was completed in late 1794, to improve the movement of heavy goods in and out of Cromford Mills.

Although the Cromford Canal was opened after the death of Sir Richard Arkwright, he was a prime mover in the decision to construct the canal. It linked up with the Erewash Canal at Langley Mill, which ran into the River Trent. This provided a connection with Derby and Nottingham and beyond that with Liverpool and Manchester by the Trent and Mersey Canal.

The towpath is walkable from Cromford to Ambergate, a distance of 5.5 miles, and the walk from Cromford Wharf to High Peak Junction is suitable for pushchairs and wheelchairs. At High Peak Junction, where the Cromford and High Peak Railway used to start, are the railway workshops, little changed since they were regularly in use. The cast iron, fish-bellied rails on either side of the inspection pit could be the oldest length of railway line in the world still in its original position.

It is owned by the Derbyshire County Council and   been designated a Site of Special Scientific Interest (SSSI) because it is very rich with wildlife. The southern end from Ambergate to Whatstandwell is managed as a local nature reserve by Derbyshire Wildlife Trust.

Only a short distance away is Leawood Pumphouse with its magnificent beam-engine, used to raise water from the Derwent to maintain a consistent level of water in the canal.

So much to see – so many ice creams to enjoy!