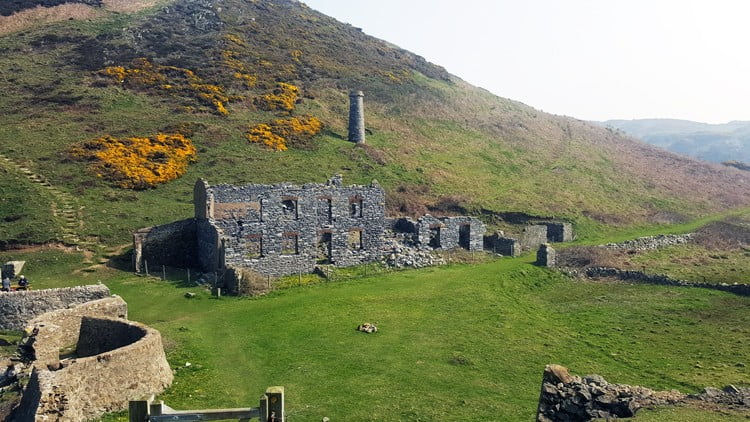 Llanlleiana Old Porcelain Works is nestled in a valley on the most northern part of Anglesey.

It produced porcelain from deposits of china clay found on Dinas Gynfor nearby.  The works consist of a main building and a remote chimney, this was to direct the noxious fumes away from the working areas.

Llanlleiana means “church of the nuns” and the works were built on the site of a convent.

The works produced porcelain from deposits of china clay found on Llanlleiana Head. They closed in 1920 after being badly damaged by fire.

You will find the site situated between Porth Wen and Cemaes Bay, the most northerly point in Wales, but you will have to walk to them. You can park at Camaes Bay and follow the coast path or walk from the Amlwch direction and take in Porth Wen as well. The going is tough, but so worth it!