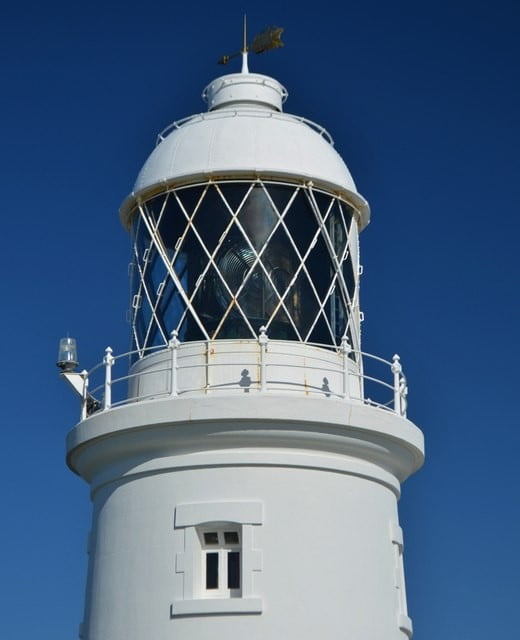 Pendeen Watch Lighthouse is part of an impressive group with the original dwellings, encircling walls and engine house.

It was completed in 1900 and designed by Sir Thomas Matthews, the Trinity House Engineer-in-Chief (between 1892 and 1915).

It was constructed by Arther Carkeek of Redruth and the lantern was supplied by the Chance Brothers of Birmingham.

The lighthouse tower stands 8.6 metres (28ft 6inches) in height from ground to gallery with a 4.2 metres (14ft) diameter. It has a first order lantern and murette and a domed copper roof surmounted by a ventilator and weather vane. The tower also has a granite stairway, with the original cast-iron weight tube in the centre; there are slate steps up to lantern.

The eight-panel, dioptric asymmetrical optic has a 900mm focal length and is mounted on Chance brothers mercury float pedestal. The original Argand lamp (now on display at the Trinity Lighthouse Centre in Penzance) was replaced by an electric one in 1926.

It’s still in use and there’s even a fog-horn!