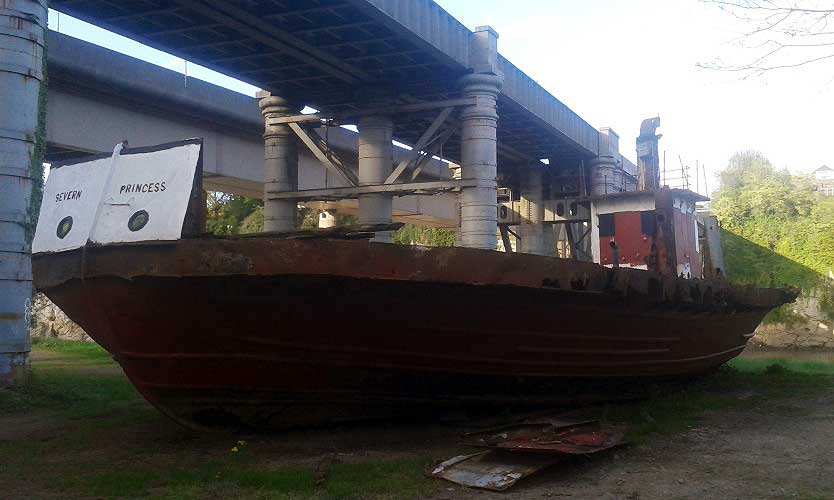 The MV Severn Princess was the last ferry, built in 1959, to carry passengers and vehicles between Aust and Beachley across the River Severn.

Ferries were essential until the Severn road bridge was opened in 1966.

The Severn Princess ferry could take 19 vehicles and 98 foot passengers and while queues for the crossing could be long, it was still often quicker than taking the long land-route via Gloucester.

With the opening of the road bridge in 1966, there was little need for the ferries, so she was sold across to Ireland where she was used as a ferry for a time before eventually being abandoned in 1995.

She was built at Yorkshire Dry Dock and has the wheelhouse and funnel in the centre of the car deck!

In 1999 she was brought back over the Irish sea and has ended up dragged-up onto the shore of the River Wye, in the shadow of Brunel’s tubular railway bridge, at the Chepstow Buffer Wharf.

Key dates and passenger numbers can be found HERE!

Check out more images of the Aust Ferry HERE!