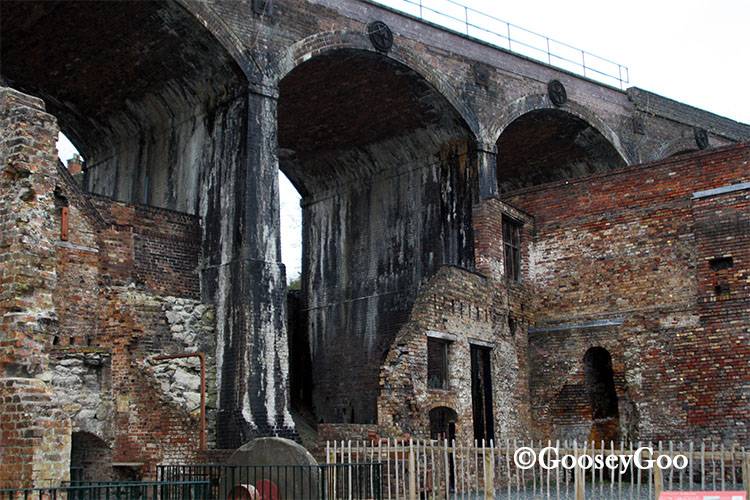 They say that there was a traditional charcoal burning furnace here from either 1638 or 1658, although smelting iron ore from the mines was occurring in the region way before; by the monks during the 12th century and much earlier!

This Old Furnace is particularly special because it was where Abraham Darby I first burnt coke instead of charcoal to smelt the iron stone. This creative leap certainly took the pressure off the surrounding woodlands and accelerated the commercial availability of iron and later steel.

Darby did not introduce the world’s first coke-fired blast furnace, but it was the first in Europe to operate successfully for more than a few years. He operated as an iron founder making cast-iron pots and other goods and his methods were so efficient that he could produce cheaper pots than his rivals.

Incredibly, this blast furnace was water-powered and mighty wheels powered bellows to blast cold air in, to force the flames.

The surrounding area was occupied by forges and later dominated by an incredible viaduct.

The whole site oozes with layers of history and a long afternoon will be required to absorb enough of it. It is part of the Coalbrookdale Museum of Iron and the whole region is a World Heritage Site.