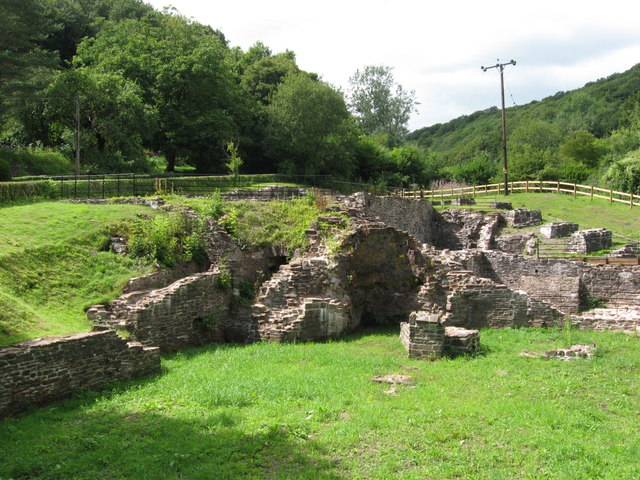 When it comes to furnaces – this one is a blast!

Known as Abbey Tintern Furnace (which sounds a bit backwards to me), this site has been a furnace since 1590. The blast furnace ceased production in about 1826, but the remains are now a scheduled ancient monument.

This was a charcoal blast furnace, which pre dates the later coke furnaces of the industrial age born at Ironbridge. A waterwheel was used to power bellows which created the blast into the furnace chamber and increased the heat to burn the charcoal and melt the iron.

Over the years many changes were made to the furnace and one of these changes was the replacement of the earlier bellows with cylinders to power the blast into the furnace.  The Angidy Valley was the first place in Britain to use this method.

The iron yielded was predominantly used in the neighbouring wyre (wire) works and evidence of those may also be seen around the site, but also for cannon. They were made in 1781 (ish) and stamped with a T, maybe for Tintern or Tanner, since the founder at the time was David Tanner.

The whole Angidy Valley is worth any road trip for the industrial enthusiast – it is totally gorgeous there!

Oh, and there is also a most beautiful abbey there as well!