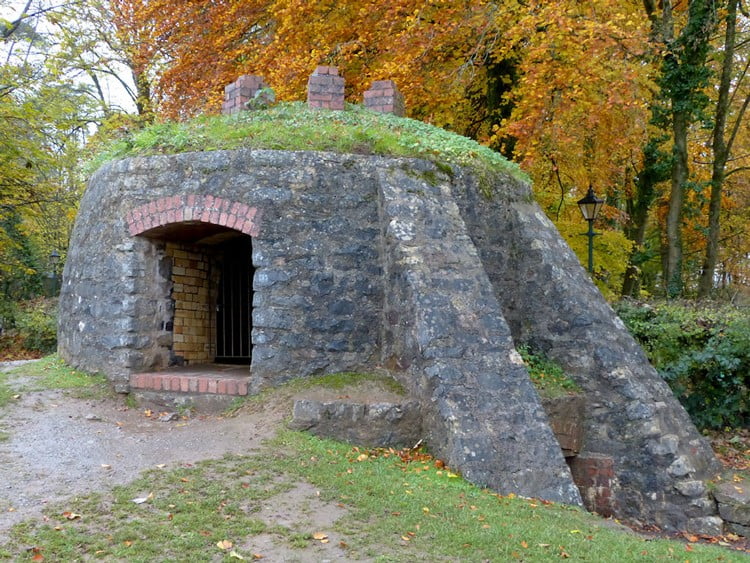 St Fagans National Museum of History is a vast repository for the wonderful structures and artifacts of Welsh rural yester-year.

Incredibly, entry to the Museum free!

The museum stands in the grounds of the magnificent St Fagans Castle and gardens, a late 16th-century manor house donated to the people of Wales by the Earl of Plymouth in 1948.

Since 1948 over forty original buildings from different historical periods have been re-erected in the 100-acre parkland, among them houses, a farm, a school, a chapel and a splendid Workmen’s Institute.

It’s a working museum! Traditional crafts and activities bring St Fagans alive, in workshops where craftsmen still demonstrate their traditional skills and their produce is usually on sale.

All these structures are relocated to St Fagans to be protected and understood. Take the Ewenny Kiln for example. By the 18th century there were as many as fifteen potteries operating in the Ewenny area. This kiln was first built about 1800, but was converted in about 1900 from an open-top type to its present appearance. The adjoining pottery shed is a reproduction based on a building surviving in its original location. The potteries mostly produced useful items for farm dairies and kitchens, such as milk pans, churns, bowls, chamber pots and other utensils. In addition there were slip-decorated wares for gifts and keepsakes such as money boxes and puzzle jugs. By the end of the 19th century, production of domestic ware had ceased because of competition from cheap mass-produced goods. Decorated wares kept some of the potteries going, although only two survive today. It was originally built in 1800 and dismantled and and moved to St Fagans in 1980.

This place will blow your mind!